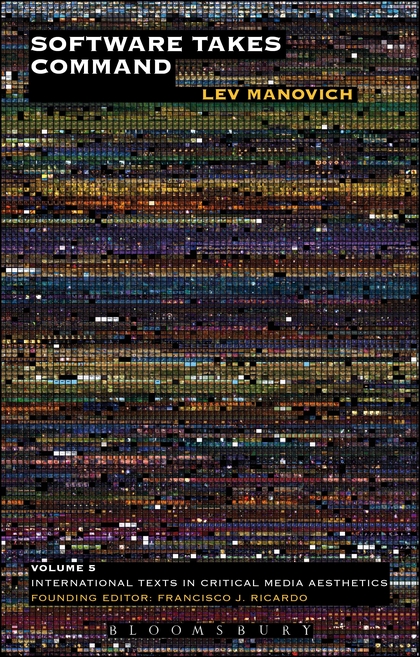 Software has replaced a diverse array of physical, mechanical, and electronic technologies used before 21st century to create, store, distribute and interact with cultural artifacts. It has become our interface to the world, to others, to our memory and our imagination – a universal language through which the world speaks, and a universal engine on which the world runs. What electricity and combustion engine were to the early 20th century, software is to the early 21st century. Offering the the first theoretical and historical account of software for media authoring and its effects on the practice and the very concept of ‘media,’ the author of The Language of New Media (2001) develops his own theory for this rapidly-growing, always-changing field.

What was the thinking and motivations of people who in the 1960 and 1970s created concepts and practical techniques that underlie contemporary media software such as Photoshop, Illustrator, Maya, Final Cut and After Effects? How do their interfaces and tools shape the visual aesthetics of contemporary media and design? What happens to the idea of a ‘medium’ after previously media-specific tools have been simulated and extended in software? Is it still meaningful to talk about different mediums at all? Lev Manovich answers these questions and supports his theoretical arguments by detailed analysis of key media applications such as Photoshop and After Effects, popular web services such as Google Earth, and the projects in motion graphics, interactive environments, graphic design and architecture. Software Takes Command is a must for all practicing designers and media artists and scholars concerned with contemporary media.