Happy Sunday, everyone! The festival is getting into full swing now, and runs through the coming week with well over one hundred films being screened in all genres. Our film, F For Franco, will screen on Wednesday, February 24th. Each day, I will be posting some material to give a sense of the visual journey the viewer will enjoy in watching F For Franco. Here is a short film to get you started:

Hope to see you there, enjoy the rest of your weekend! 🙂

Hello Everyone! As 2015 drew to a close, we reflected on what had happened recently as we looked forward to the promise of new experiences for the year which has just begun. Some of our experiences included moving into a new building in LA, traveling to MN to speak about film and art at Winona State University, beginning principal photography on an amazing new project on Elmyr de Hory with Mark Forgy, and nearly finishing the filming for our movie on jazz legend Arturo Sandoval. We released a second album of Francisco’s music, Groove Morphisms, and will soon release a third. There’s so much to be grateful for, and so much to look forward to! Here is a short video of some of the adventures from the past couple of years as we move into the New Year. May you enjoy today and every day of 2016!

Hollywood, FFF, and Many Thanks to the Festival October 7, 2015

Hello and Happy Tuesday to you! It’s so strange that two weeks ago today, the Hollywood Film Festival, held at the ArcLight Cinemas, got under way. It was a new era for the festival, looking to change HFF’s direction, to let great films and little-known filmmakers have a chance to show their work. This article from the LA Times discusses the vision of Brad Parks and Rod Beaudoin for the Hollywood Film Festival:

Our film screened on Thursday night, with an introduction before and spontaneous Q & A after the film by Francisco; a few days later, Neon Tommy – a large, student-run news organization that is part of USC-Annenberg (http://www.neontommy.com/annenberg-digital-news.html), gave F For Franco this review:
https://medium.com/neon-tommy/film-review-f-for-franco-ac92640b0fa6

The festival was a wonderful experience (speaking from New England experience,the weather was fantastic for late September!), and we at CF thank Brad, Rod, the HFF team, and Linda Brown for realizing their mission to “Incite, Inspire, Inform” the Future of Hollywood! I believe our film embodies all three.

END_OF_DOCUMENT_TOKEN_TO_BE_REPLACED No Comments on Hollywood, FFF, and Many Thanks to the Festival
Categories: avant-garde documentary Electronic music Experimental Film New Media

Welcome to Thoughtful Thursday! Conceptualist Films is headed to the Hollywood Film Festival, as we announced earlier. The filmmakers were given a number (e.g. 23 days until the festival, and so on) and asked to create a photo and a very short video proclaiming this. Today marks 13 days to the festival, and so here is our video, done in a style as unique as Conceptualist Films. The music is another Francisco original. Enjoy!

Hello! I had to re-post this as I made a slight error in the YouTube link. I have something “old” and new for you today. I’m re-posting Francisco’s intensely personal journey through his first seven years in Cuba before leaving for Spain, this time in podcast form, so you won’t see it here. In case you missed it the first time, you can re-visit it on our YouTube channel
[youtube https://www.youtube.com/watch?v=Gu0n0Vhwo_s&w=700&rel=0]

or catch our podcast on iTunes (search for The Conceptualist – Podcast). Amongst his memories are José Echeverría, Fidel Castro, Che Guevara, and the famous La Coppelia.

And for the new, a brand-new composition by Francisco, “Je Me Souviens”, or, I remember.Enjoy!

END_OF_DOCUMENT_TOKEN_TO_BE_REPLACED Comments Off on A Childhood in Cuba – a Podcast
Categories: Electronic music Film Podcasts

Hello! It’s Media Monday proper, and it’s time for some more music from Francisco, called “Stumbler.” This video was created from footage shot on both coasts (nobody actually stumbles,to be clear, and I think you’ll enjoy the walk down Memory Lane, because yes – we found it! Have a wonderful day.

It’s Media Monday on Tuesday plus one again, and here is a short essay showing that no subject is off limits when it comes to discussing life and art. Not so very long ago, people had certain expectations of a particular kind of lifestyle – if you wanted this in life, you would have to do that, but you could achieve it; if you wanted something else, you had to be prepared to give up certain “creature comforts.” Almost everything fell into well-defined categories. These days, that’s not so much the case – it’s all a mixed bag. In this post, Francisco literally takes us on a drive with him and extemporizes on all of this, and how it pertains to Art. 🙂

END_OF_DOCUMENT_TOKEN_TO_BE_REPLACED Comments Off on Of Routine and Expectations, then and now
Categories: avant-garde documentary Electronic music Experimental Film 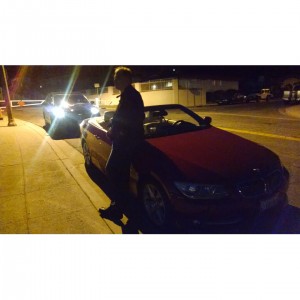 Just jumping in on a Thursday to announce that Francisco’s single, The Jaco Groove, is available on iTunes and Amazon, and soon it should be on Spotify and other streaming platforms.

Listen those the track sample on iTunes or Amazon links above and if you like the music, go ahead and make it yours!

END_OF_DOCUMENT_TOKEN_TO_BE_REPLACED Comments Off on A Groovy Update
Categories: Electronic music

Hello! I do believe that this is our first post of 2015 – Happy New Year! Already the month has flown by, I can’t believe it. We need to remember to take a breath and just have a moment (or four minutes) to enjoy some relaxation/meditation. Here is Mist – a quiet composition by Francisco. Enjoy the video or close your eyes and relax. Talk to you soon. 🙂

END_OF_DOCUMENT_TOKEN_TO_BE_REPLACED Comments Off on Mist-ical Meditation on a First Friday
Categories: Electronic music

Hello! I’ll be more wordy in the next day or two, but right now it’s a quiet Christmas Eve here, anticipating a NORAD sighting of Santa.

Still need a gift? Have a listen to Francisco’s playlist on Soundcloud of Adding and Subtracting (you can select tracks on the site here, or click the little “Conceptualist Films” in the upper left corner of the album cover to take you to Soundcloud and the playlist):
https://soundcloud.com/conceptualist/sets/adding-and-subtracting

and then go to the sidebar of the site, or here to buy the digital album:

You can buy the physical CD, but without Santa’s help – it won’t get there in time! 🙂