Hello – Thoughtful Thursday brings with it the sixth album from Francisco. Sound Séance is eclectic and upbeat, a
“rhythmic exploration of some sixth sense phenomena, extending Brian Eno and David Byrne’s work from My Life in the Bush of Ghosts.” Available online here Enjoy! 🙂 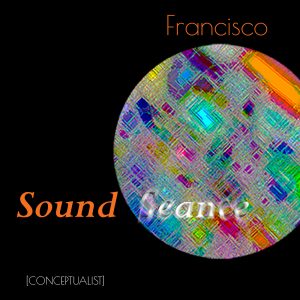 END_OF_DOCUMENT_TOKEN_TO_BE_REPLACED Comments Off on A Gathering of Sound
Categories: Electronic music Experimental Music and Musicians

Hello! With the US election so close behind us, it was only natural that Saturday’s Saturday Night Live show dealt with the election’s outcome in various ways. The program also featured the musical guest A Tribe Called Quest. The band performed with a tribute to late Tribe member Phife Dawg, who passed away earlier this year. Francisco had already created his own tribute to Phife and ATCQ, which I’m presenting to you again now. Please enjoy!

Hello, and how are you today? As the weekend approaches, we have a treat for you – Francisco sharing some guitar music while we also enjoy a glimpse of a foreign city in the skies (a nod to the original Star Trek). If so inspired, make some music of your own!

END_OF_DOCUMENT_TOKEN_TO_BE_REPLACED Comments Off on Music, From the Skies
Categories: Experimental Fun Guitar Jazz Music and Musicians

Hello and Happy Friday! I hope you are enjoying the end of the week! I’m very excited to announce the release of Francisco’s fourth album, “Minimal Souvenirs.” This album is a joyful, funky instrumental album full of complex rhythms, where each track has its own sense of time. It’s available here on Amazon, as well as iTunes and various streaming services. 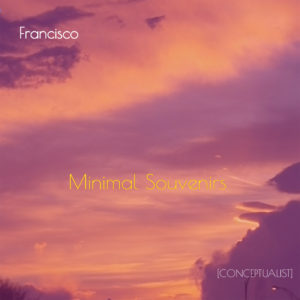 In the below video, Francisco gives us a sample of six tracks from “Minimal Souvenirs.” Have a great, safe weekend!

END_OF_DOCUMENT_TOKEN_TO_BE_REPLACED Comments Off on Minimal Souvenirs is So Much More
Categories: Electronic music Experimental Music and Musicians

Hello – it’s the evening of Thoughtful Thursday, and what better way to usher us gently into Friday and the weekend than with a copy of Francisco’s latest CD, A Singular Within? This reflective and meditative effort, full of quiet, gentle moments at one turn, and haunting chants at the next, is available digitally on iTunes and Amazon, and now, physical CDs are available for you to enjoy. 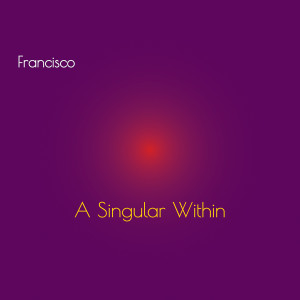 NOTE: Two bonus tracks are included on the digital album.

Ease yourself into a peaceful night and morning and take care! 🙂

END_OF_DOCUMENT_TOKEN_TO_BE_REPLACED No Comments on A Singular Within in Physical Form
Categories: Electronic music Music and Musicians

Happy Media Monday on Tuesday! I think it’s fair to say that throughout the ages, as the notion of what is art has become more and more expansive, the idea of sculpture has remained rather steady, in our minds if not in strict definition. It’s an object you see in a museum, in a park, in a house. A static prop used in a theatrical production, not part of the production itself. And yet, as far back as 1924, sculpture began to embrace movement, light, and sound, and it brought new life to many kinds of performance, including the rock concert, carving out a new future for itself. In this short film, Francisco takes us on a journey through the evolution of sculpture as it relates to performance. Enjoy!

Hello Everyone! As 2015 drew to a close, we reflected on what had happened recently as we looked forward to the promise of new experiences for the year which has just begun. Some of our experiences included moving into a new building in LA, traveling to MN to speak about film and art at Winona State University, beginning principal photography on an amazing new project on Elmyr de Hory with Mark Forgy, and nearly finishing the filming for our movie on jazz legend Arturo Sandoval. We released a second album of Francisco’s music, Groove Morphisms, and will soon release a third. There’s so much to be grateful for, and so much to look forward to! Here is a short video of some of the adventures from the past couple of years as we move into the New Year. May you enjoy today and every day of 2016!

Good Monday Morning! Today, we in the U.S. observe Memorial Day, honoring those who have served our country. It is a day full of retail sales, cookouts, and the start of summer (if not necessarily by the calendar). It’s a day of stories and shared memories of days gone by as we prepare for the summer ahead of us. In today’s post, Francisco takes on a quick trip back to New York City in the 1970’s, and shares two of his adventures growing up in that time period. Have a wonderful day!

END_OF_DOCUMENT_TOKEN_TO_BE_REPLACED Comments Off on In A New York Minute (or 12)
Categories: Experimental Film Fun Jazz Music and Musicians

Another Thoughtful Thursday has come to us, bringing with it another quiet guitar gem from Francisco. “An Interlude for Spring” allows room for your own thoughts to expand (I won’t say blossom) as you listen to his improvisation, and watch the trees sway through his guitar.

END_OF_DOCUMENT_TOKEN_TO_BE_REPLACED Comments Off on An Interlude for Spring
Categories: Jazz Music and Musicians

Hello, all! A Thoughtful Thursday piece of music for you. Francisco’s many talents include guitar, and here is a short, colorful yet transparent rendering of him improvising. Feel the quiet energy of his guitar as dancers move in the background. Enjoy!