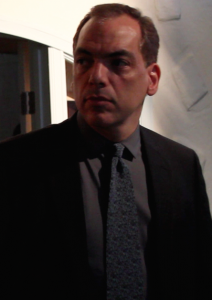 Dr. Francisco Ricardo is an art and culture expert, author, filmmaker, musician, and philosopher. He holds degrees from Harvard and Boston University, and for years taught in the Digital+Media Program at the Rhode Island School of Design. His work has focused on new media - the fusing of technology and different forms of art - sculpture, film, painting, etc. to create something new and not easily categorized. It has led to his latest book The Engagement Aesthetic: Experiencing New Media Art through Critique, a collection of essays on various artists and works with complex origins and forms of interaction. This and other books may be found online . Francisco founded a book series on new media and digital art, International Texts in Critical Media Aesthetics. published by Bloomsbury Academic. 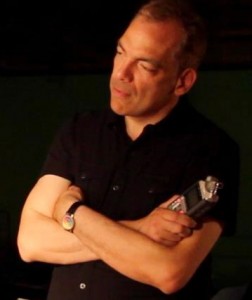 Beyond authorship on new media art, artists, and movements, whose works often depend on the image and object as conceptualized in motion in several dimensions simultaneously, Francisco founded Conceptualist Films, a film production company featuring a diversity of subjects based on art and music history and process. Francisco was trained early on as a jazz guitarist and has composed and released several albums of electronic music.

Jennifer Johnston, EdM, MA, met Francisco Ricardo at Harvard University where she was studying oral language, poetry, and literature. After she finished her degree at Harvard, Jennifer began working in Washington, DC and Baltimore where she taught literature at American University and research writing at Johns Hopkins University. She has worked at various community colleges over the years in developmental education to help students articulate their stories in essays, multimedia presentations, and life experience portfolios. She is currently involved in the documentary film community in Portland, Oregon, and is an active member of Women in Film, Portland Chapter. Jennifer studies make-up artistry for film and TV with make-up artist Celena Rubin and is updating her screenwriting skills with Cynthia Whitcomb. In Jennifer's work at Conceptualist, she uses her background in education and networking to bring Conceptualist film projects to festivals and theaters throughout the Northwest.

Adrienne Chamberlin, Producer, In Memoriam, was a librarian, researcher, and freelance writer with degrees from the University of Maine-Orono and Simmons College. She met Francisco while working at the Museum of Fine Arts, Boston, and after some discussions about his work and vision for creating an entirely new kind of documentary, she became  a part-time researcher. As time went on, the research and responsibilities grew, and Adrienne left the museum to join the company full-time.

Pam Montoya  handles much of the travel coordination and other details that attend every shoot, making sure everything goes off as smoothly as possible.

Bill Gordon often attends shoots in New York and other places on the East Coast, wielding a camera with care and energy.